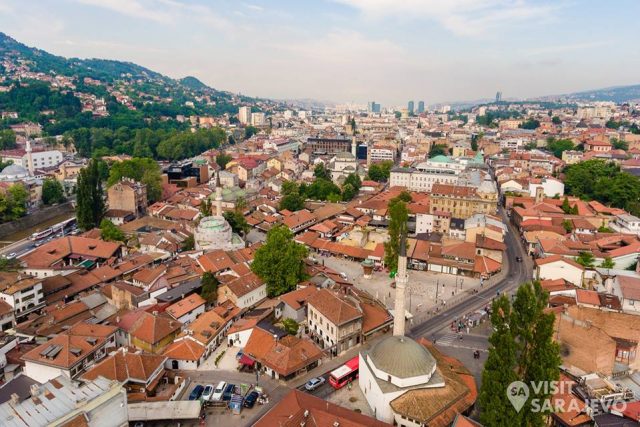 Honest and moving stories that show the essence of life and relations between people are tradition when it comes to movies in Bosnia and Herzegovina. Watching these movies you will laugh, you will cry and you will remember them for a long time.

Retreating German armies are in desperate need of fuel. Valter, the mysterious and charismatic resistance leader is trying to jeopardize their supply. Germans carry out a cunning plan in order to avoid obstacles.

2. The Day That Shook the World/The Sarajevo Assassination

The Day That Shook the World is a 1975 Czechoslovak-Yugoslav-German co-production film directed by Veljko Bulajić.

The film tells the story of the assassination of Archduke Franz Ferdinand and his wife Sophie in Sarajevo in 1914 and the immediate aftermath that led to the outbreak of World War I.

3. Do You Remember Dolly Bell?

Do You Remember Dolly Bell, filmed 1981, is the first feature film directed by Emir Kusturica.

A young man growing up in Sarajevo in the 1960s, under the shadow of his good natured but ailing father, gets involved with the world of small-time crooks. They hire him to hide a young prostitute and he falls in love with her.

4. The Scent of Quince

The Scent of Quince is a 1982 Yugoslav drama film directed by Mirza Idrizović.

The story takes place in Sarajevo in 1941. Thanks to his friendship with the Nazis, a Sarajevo businessmen becomes wealthy during World War II. However, his love for a Jewish women will lead to a tragedy.

5. When Father Was Away on Business

When Father Was Away on Business is a 1985 Yugoslav film by director Emir Kusturica. The screenplay was written by the Bosnian dramatist Abdulah Sidran.

Set in post World War II Yugoslavia during the Informbiro period, the film tells the story from the perspective of Malik, a boy, whose father Meša was sent to a labour camp.

Grbavica is a 2006 film by Jasmila Žbanić about the life of a single mother in contemporary Sarajevo during the aftermath of systematic rapes of Bosniak women by Serbian soldiers during the Bosnian War.

Days and Hours is a 2004 Bosnian film directed by Pjer Žalica.

A man goes to his uncle’s to fix a broken water heater, having no idea it will reunite their torn family and awaken some painful, but priceless memories.

Holiday in Sarajevo is a 1991 film set in Western Europe and Sarajevo, directed by Benjamin Filipović and written by Abdulah Sidran.

It’s a film story about a group of criminals who operate only abroad. During their holidays in Sarajevo, they live like normal people.

9. Time of the gypsies

Time of the gypsies is a 1988 movie directed by Emir Kusturica.

In this luminous tale set in the area around Sarajevo and in Italy, Perhan, an engaging young Romany (gypsy) with telekinetic powers, is seduced by the quick-cash world of petty crime, which threatens to destroy both him and the people he loves.

An alcoholic Bosnian poet sends his wife and daughter away from Sarajevo so they can avoid all the troubles there. However, he is soon descended upon by a pair of orphaned brothers. The brothers have escaped a massacre in their own village and have come to the Bosnian capital in search of a long lost Aunt. The poet befriends the boys and together they try to survive the horrors of the siege of Sarajevo.

It’s Hard to Be Nice is a 2007 Bosnian film by Srđan Vuletić.

Taxidriver Fudo wants a happy life with his wife and son. But he has debts. He decides to plan a last coup with his gangster friends.

Remake is a 2003 Bosnian film by Bosnian director Dino Mustafić.

Within the period of fifty years, this film brings the experience of the onset of the Siege of Sarajevo. Remake tells three tragic stories in one. 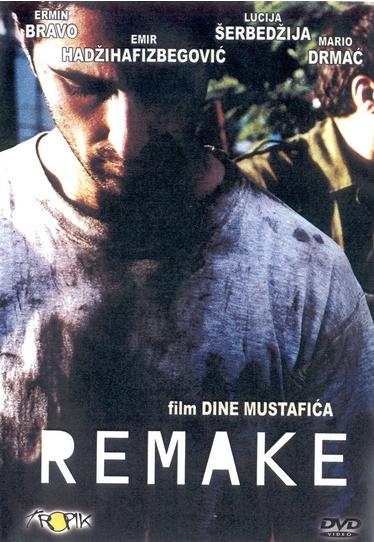 13. Summer in the Golden Valley

Summer in the Golden Valley is a 2003 Bosnian film by Srđan Vuletić.

The movie is about a 16-year-old boy who has to repay his dead father’s debt. In order to make money, him and his friend get involved in Sarajevo’s underground world of crime.

Death in Sarajevo is a 2016 Bosnian drama film directed by Danis Tanović. It was selected to compete for the Golden Bear at the 66th Berlin International Film Festival.

The Hotel Europe is preparing for the hundredth anniversary of the assassination of prince Franz Ferdinand in Sarajevo. The timing couldn’t be worse: the hotel has no funds, the bank refuses to lend them money, and the workers, without a salary for two months are planning a strike.

Milky Way is a 2000 Bosnian movie directed by Faruk Sokolović.

Two married couples of different religions and social status decide to swap their wives so they could all easily emigrate to New Zealand.